“Kick” Your Prayers Into The Quantum Field! 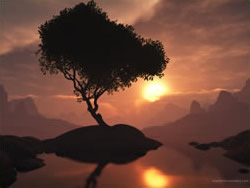 Through the ages all peoples have used prayer in times of crisis. Prayers can range from the very simple, like one person’s cry for salvation or a loving thought of gratitude, to a complex ritual of chants and ceremony involving many people over several days. The term “crisis” can mean and be, many things to many peoples. The studies mentioned below by Robert Shmerling M.D. and William P. Nelson PhD. are concerned with our most intimate crisis, the cry for survival of our body, for without it all other concerns in life are moot.

But if we take a moment to consider prayer on a larger scale, in its “omnipresent” perspective, we may then begin to grasp the true power of the Quantum Field and the prayers placed within it. The prayer for well being may just hold new meaning as well as new power garnered from within.

What if we could extend that Quantum prayer to include a calmness to the calamity in ones’ life, a long awaited resolution to a difficulty thought unsolvable, or for mere understanding of relationships out of control?

What about the prayers we evoke for global peace and stability? What affect would those prayers have on our lives? Do we believe that if peace settled upon the entire Earth that our lives would continue to erode into chaos? Is that possible?

Contemplate that thought for a moment.

Let’s now look at the term “holistic” in its philosophical form. Holistic is characterized by comprehension of the parts of something as intimately interconnected and explicable only by reference to the whole. When we talk about health of the body, holistic would encompass the body and all its systems, that is true, but it also includes the emotional and social state of the person.

For example, a health professional cannot determine why a person is malnourished by looking solely at the body, right? To understand how the body arrived to this state he must learn about their emotional and social environments. There could be many reasons that lead to a malnourished condition. Every aspect of the person’s life must be taken into consideration, where they live, economic status, traditions, beliefs, climate, family and friends. The health professional must evaluate the chain of events to assist the person in recognizing the rudimentary cause so that they will be educated by their condition and will then adjust their life accordingly. To think their malnourishment was simply due to poor food choices is not being holistically practical. That would be like looking at only one piece of a puzzle and using it to dictate the image.

Now, with this new understanding, lets turn our attention back to our Quantum prayer. Elevate your prayers to the “omnipresent” holistic perspective and see what happens. We are all intimately interconnected and part of the “whole” of our beautiful Earth.

Can Prayer Heal the Sick?

“85 percent of physicians polled believed religion and spirituality (including prayer) have a positive influence on health and recovery.

It’s an appealing and comforting thought. Friends, family and even total strangers pray for you when you’re seriously ill. When you recover, you may be grateful for those prayers. But did they contribute to your recovery? How would you know? Is it a question even worth asking?

Praying on another person’s behalf to improve their health is called “intercessory prayer”. And, believe it or not, researchers have attempted to scientifically study its effects on health and recover from disease. The results are intriguing:

Read the rest of the article here